No products in the cart.

A Brief History of Tether Cars

Tether Cars – Then and Now

If you’re a big fan or collector of tether cars, you likely know the history behind how they became popular. But, if 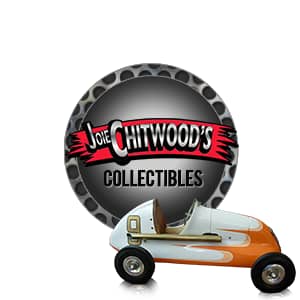 Is a Collectible Tether Car a Good Investment or Just for Racing?

As a veteran racing professional, I’m extremely knowledgeable and passionate about vintage racers and miniature tether cars. If you have questions about the engine powered tether cars, collectible scale model race cars or racing memorabilia offered on our website, please feel free to ask! Whether you are purchasing an item for pleasure, or as an investment, I would be pleased to guide you in the right direction.

How Did Tether Car’s Become Popular? 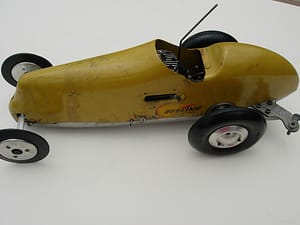 Model cars and airplanes were a popular hobby in the 30’s and 40’s and after Charle’s Lindbergh flew is plane over the Atlantic, innovative hobbyist Tom Dooling and his siblings, figured out how to put a model airplane engine in a model car. This was the birth of the tether car! In Fresno, California in 1937, the first official miniature car race took place and by the next year, they had built a tether car that reached a speed of 64 miles per hour! Tether cars were offered and sold to the public in the 1930’s and 1940’s and they were a big hit.

Today, tether cars can regularly reach speeds of over 100 miles per hour with speeds possible in excess of 200 miles per hour. Tether cars are a source of pleasure for hobbyists, professional miniature car racers, tether car collectors and racing enthusiasts worldwide.

Americas Love for the Automobile

For over 100 years Americans have loved their automobiles. From the first Indy 500 in 1911 and the Barney Oldfield era the passion for the American auto has flourished. Scale model cars have followed the same path... Read More